Get fresh music recommendations delivered to your inbox every Friday.

A Valley of No: The Alternate A Mountain of Yeses 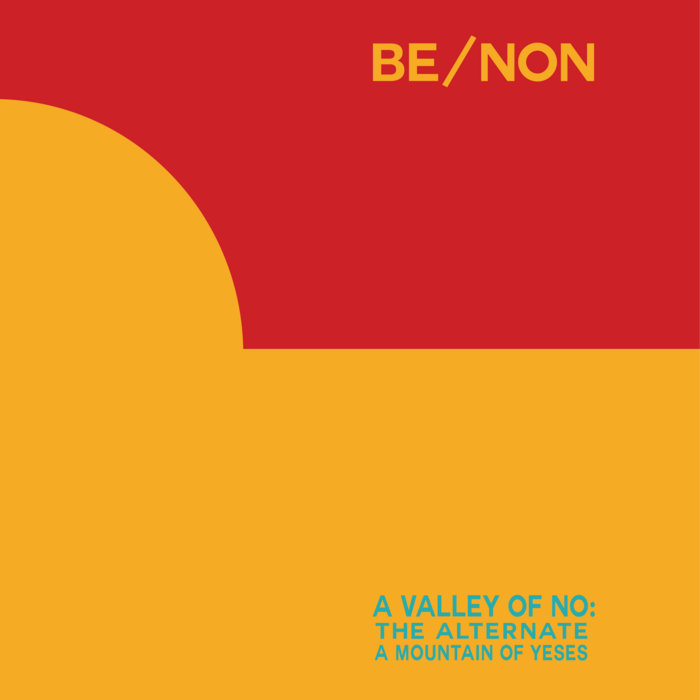 A Valley of No: The Alternate A Mountain of Yeses.
This album is a journey into the sculpting process of creating "A Mountain of Yeses" (2009). In contrast to the original release, this compilation contains alternate mixes, isolated tracks and demo versions. Be/Non presents a bizarro-like version of the AMOY album, showing an alternate universe what could have been if the creation of the album went on a divergent path. Behold the paradoxical serendipity of Be/Non's unique take on constructing a space-themed story/album. A visual accompaniment to the album has been in production since 2008 and now has a 2021 release date.

A Valley of No: The Alternate A Mountain Of Yeses
HAY022-DD

Recorded with the loose concept of being a story set in space.
After many weekly collaborations with Devin Brown, Be/Non finally had a skeleton of what would become a full-on, fleshed-out concept record. Act one and act two.

Fully realized. In 2009 Brodie Rush set out to turn the album into a 50 minute film. Still in post production, Be/Non hopes to have a completed film by spring 2021.
credits
released May 12, 2009

Over twenty years ago Brodie Rush started up a band called Be/Non. A band that has, over it’s long career, had more members than Spinal Tap. The only consistent member, songwriter and producer being Kansas City native, Brodie Rush. Be/Non still remains largely undiscovered.

Be/Non is proudly releasing its 9th record, A Valley of No: The Alternate A Mountain of Yeses on Haymaker Records. ... more

Bandcamp Daily  your guide to the world of Bandcamp